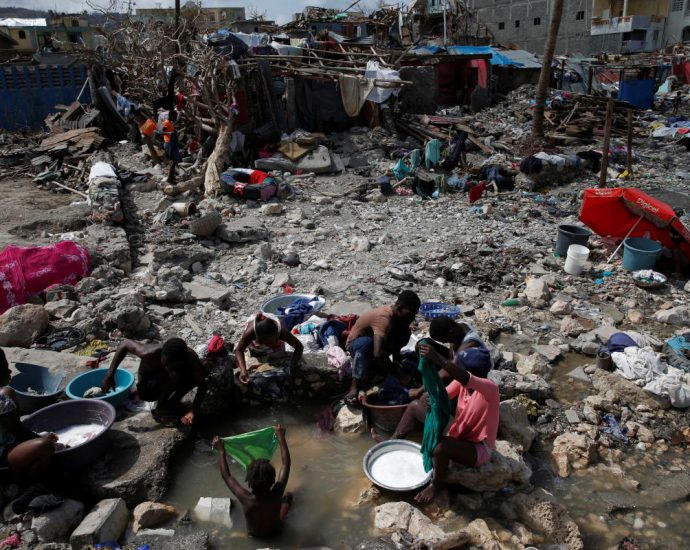 The U.S. and Canada sent armored vehicles and other supplies to Haiti on Saturday to help police fight a powerful gang amid a pending request from the Haitian government for the immediate deployment of foreign troops.

The equipment arrived more than a month after one of Haiti’s most powerful gangs surrounded a fuel terminal and demanded the resignation of Prime Minister Ariel Henry. Demonstrators also have blocked roads in major cities to protest a sharp rise in fuel prices after Henry announced in early September that his administration could no longer afford to subsidize fuel.

Since then, gas stations have closed, hospitals have cut back on services and banks and grocery stores open on a limited basis as fuel, water and other supplies dwindle across Haiti.

2022-10-17
Previous Post: China has stopped sales of LNG to Europe
Next Post: A gamma ray burst — possibly the brightest of all time — sweeps over Earth
My Tweets