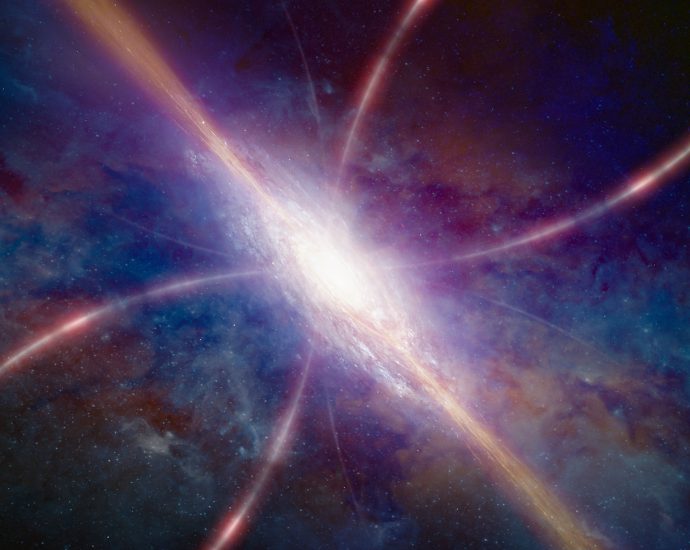 On Sunday a gamma-ray burst (GRB), the most powerful class of explosions in the universe, caused a wave of gamma rays and X-rays to sweep over Earth. It was also the brightest possibly the brightest explosion of its nature ever recorded. The event was reported in the Astronomers Telegram.

In a breathless press release, NASA emphasized that their detectors all over the planet picked up on this, including NASA’s Fermi Gamma-ray Space Telescope, the Neil Gehrels Swift Observatory, and the Wind spacecraft.

Gamma rays are the most energetic photons in the electromagnetic spectrum, far more powerful than x-rays, which can cause cancer if one is exposed to them at high levels. Outer space is full of gamma rays, though few make it all the way to Earth’s surface, as the atmosphere absorbs the vast majority before they can ever make it down to hurt us.

However, a sufficiently large gamma-ray burst could theoretically strip the planet of its atmosphere and cause a mass extinction event. Indeed, it is widely believes that a gamma-ray burst caused the Ordovician extinction roughly 443 million years ago. Fortunately for contemporary humans, no GRBs in recent memory have been close enough to Earth to have that effect. Approximately 30 percent of them are short bursts that span only a couple seconds, while the bulk of the rest usually only last for a few minutes.

2022-10-18
Previous Post: US sends armored vehicles to fight Haiti
Next Post: Bizarre blue blobs hover in Earth’s atmosphere in stunning astronaut photo. But what are they?
My Tweets